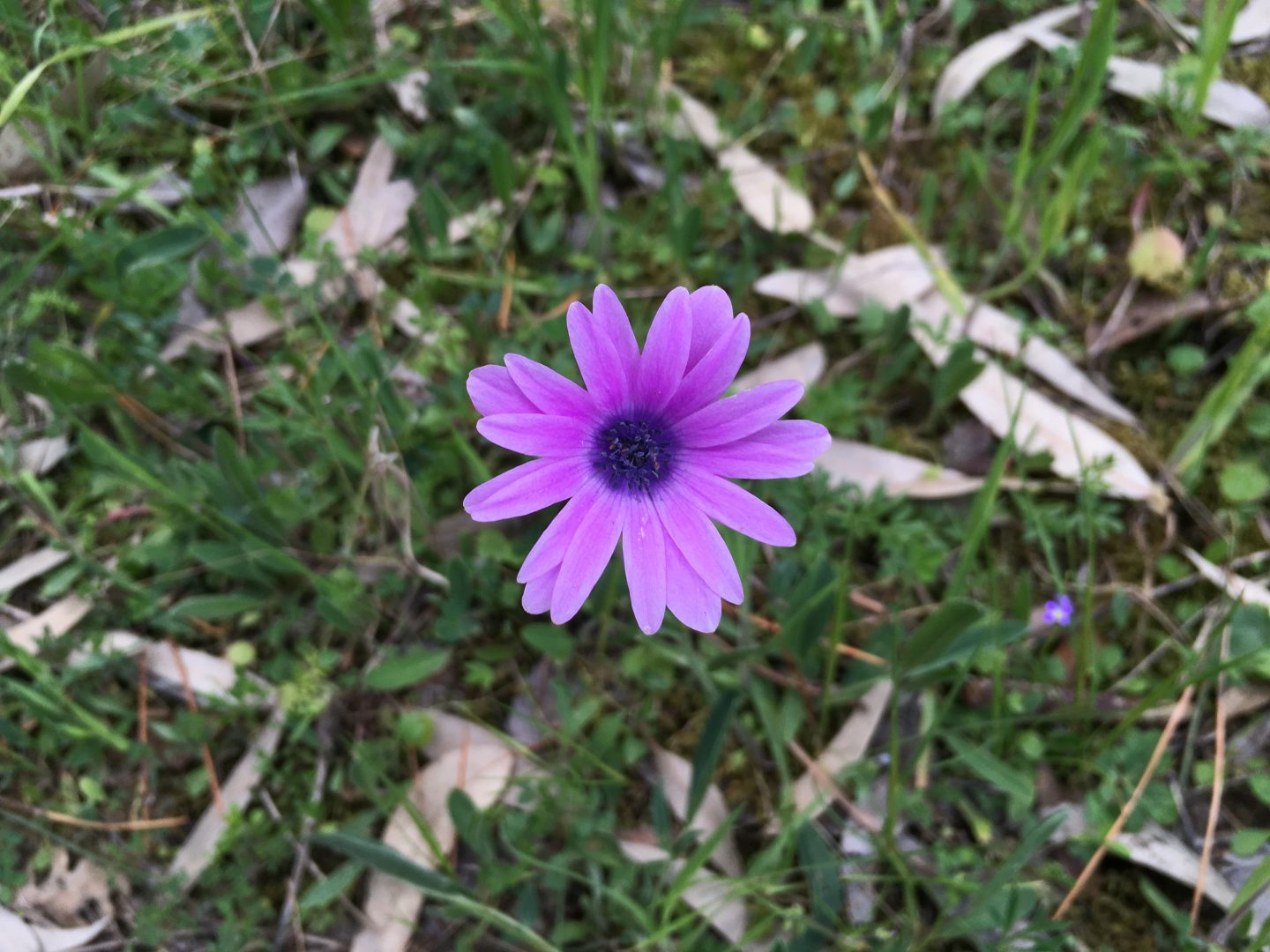 Have you seen the wild flowers of Sicily in springtime? I’m writing this in January and we’re right in the middle of winter. But I can already see the shoots of flowers poking through the ground and buds on trees. There’s no denying that winter is dark and gloomy but there’s a certain optimism when you see those first signs of spring gingerly making an appearance. Last Easter, on a family trip through eastern Sicily, I was struck by the variety of wild flowers that we came across, completely different to the blooms we have in the UK. So, if you’re in need of some springtime renewal, here are some floral highlights from Sicily.

The Graeco-Roman archaeological site of Syracuse

Whilst in the south east of Sicily, we visited the Graeco-Roman archaeological site located just outside Syracuse. I had expected a dry and and arid landscape from my memories of a trip to Agrigento many years ago. However, the ruins at Syracuse were carpeted with spring blooms and grasses which added an unexpected visual layer of interest to our visit. 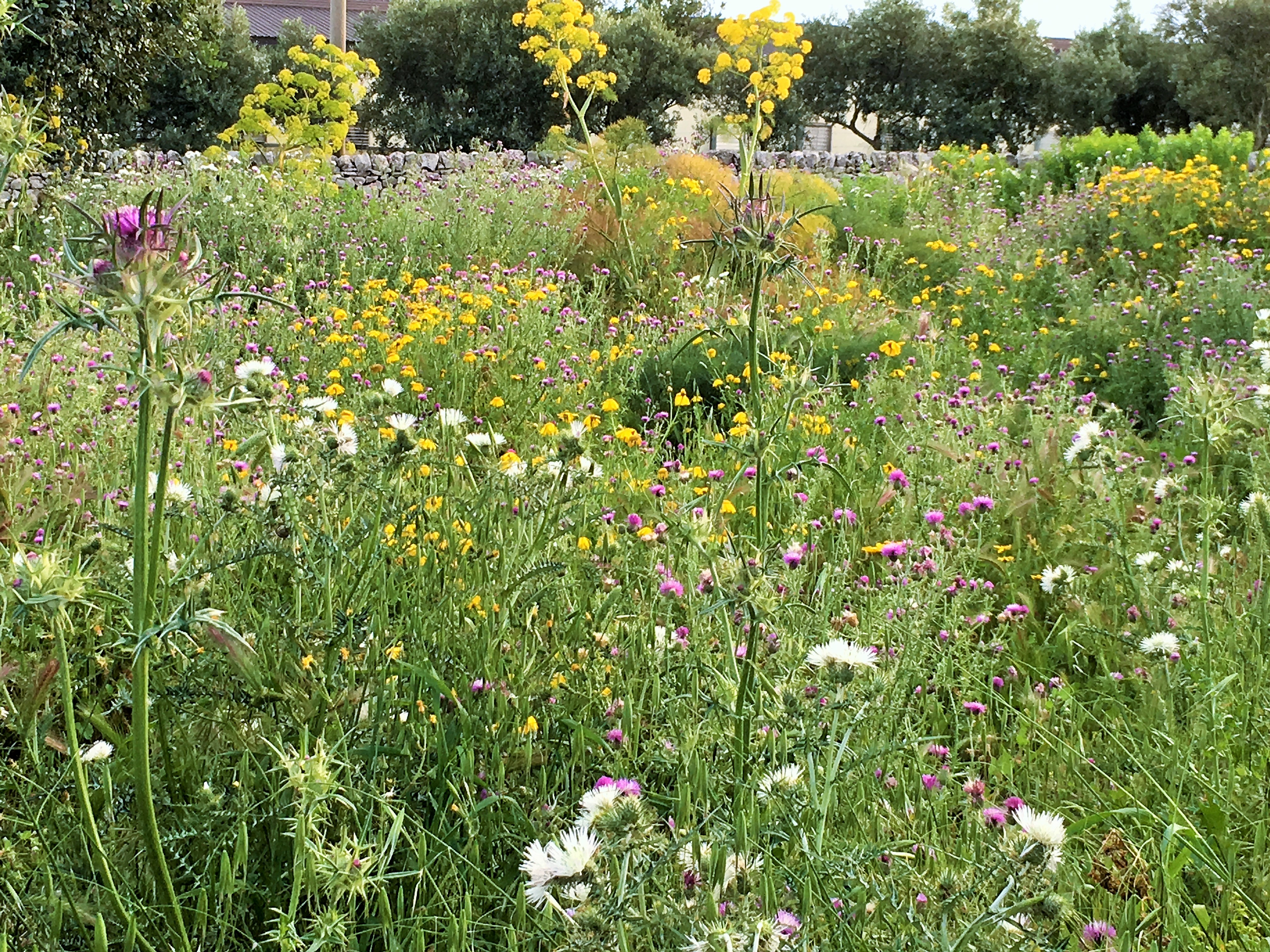 Wild flowers of Sicily in the olive groves near Modica

We spent a few days staying on an agriturismo near Modica. The undulating fields of olive trees were separated by crumbling dry stone walls and all around were vivid purple, yellow and crimson flowers. 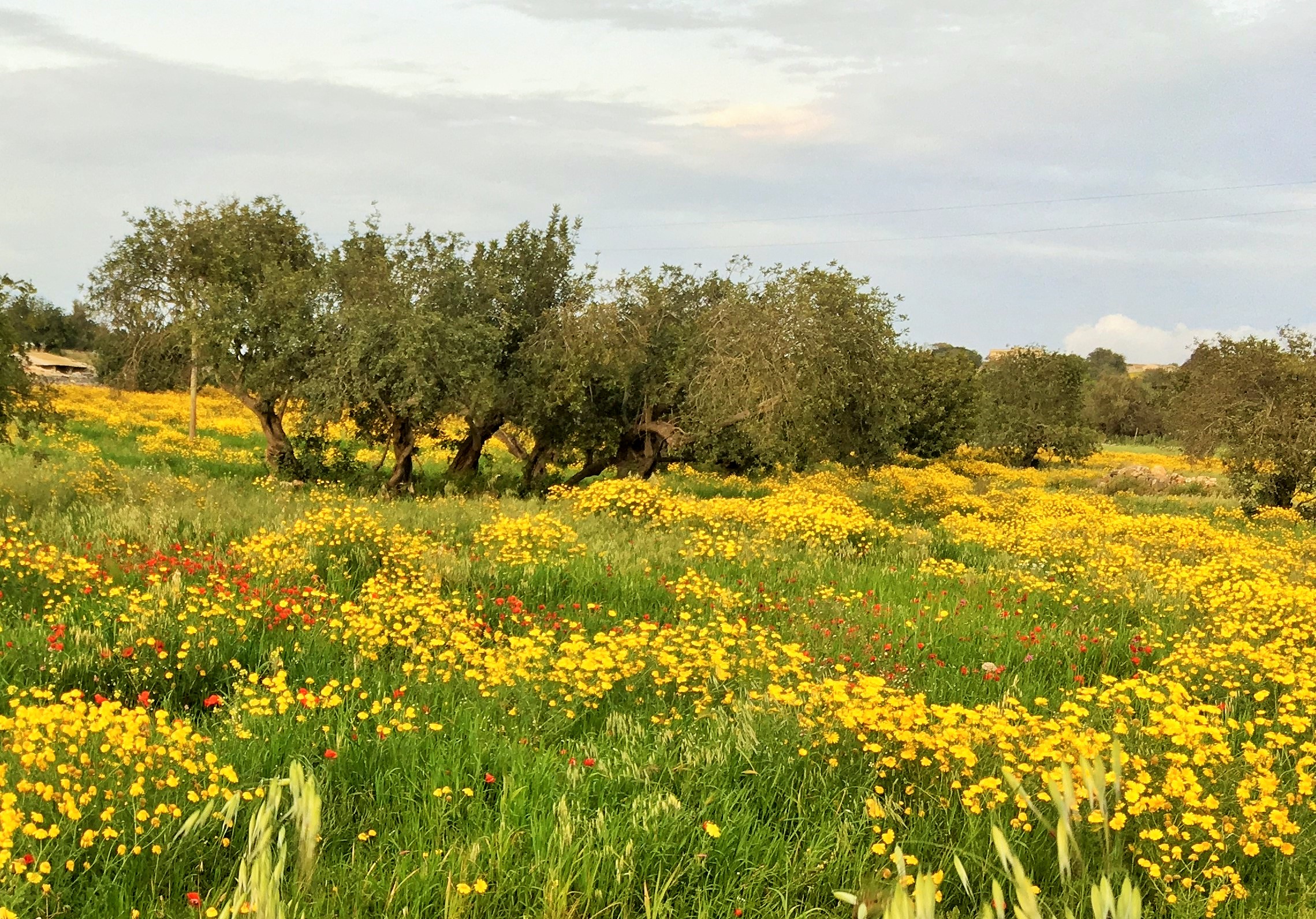 Wild flowers of Scily near Modica

Much of the farmland we passed was also dotted with giant yellow fennel plants which in places grew to quite a height and gazed over landscapes below. The fennel reappeared throughout the trip, including amid the green wheat fields of central Sicily. 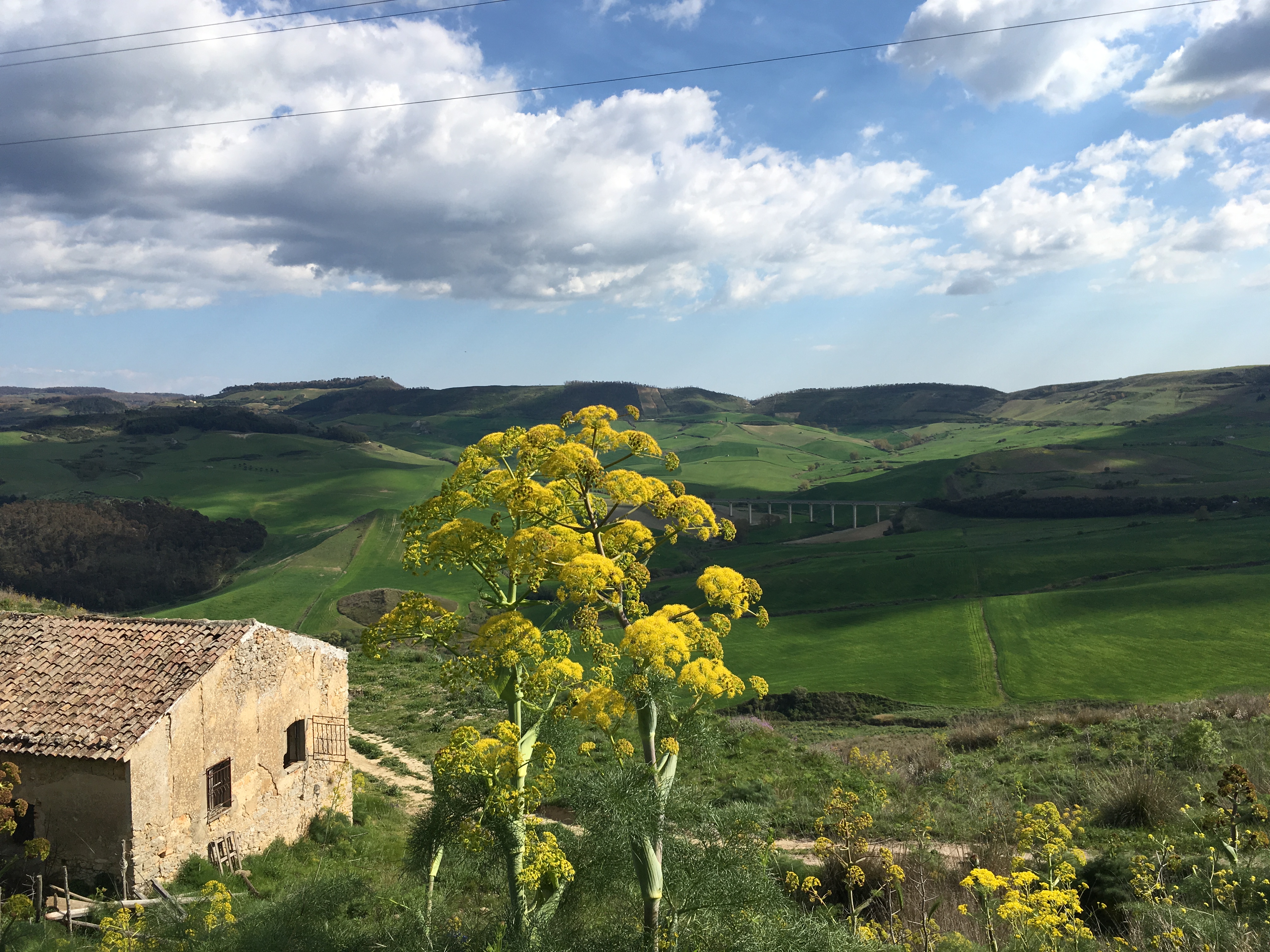 One of the highlights of our trip was driving into the interior of Sicily to stay near the precipitously situated town of Enna. At the top of the town sits a castle, completely deserted when we visited, and covered in spring blooms of bright orange, yellow and lilac. 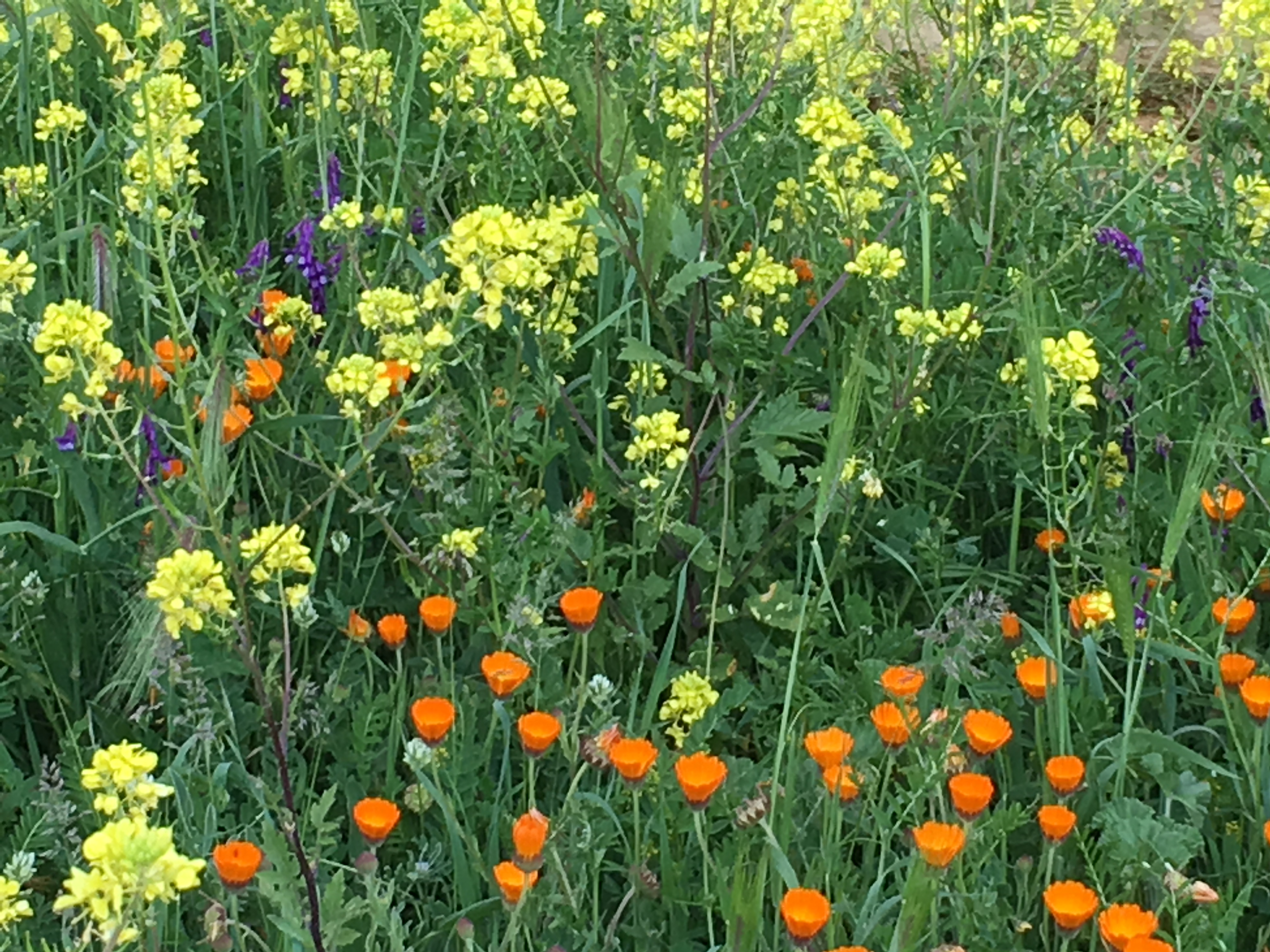 Wild flowers of Sicily amid the castle grounds in Enna

An unexpected delight for my boys was discovering a sleepy railway museum at Villarosa near Enna, run by an elderly volunteer and his lively granddaughter who arrived with the keys after a quick phone call. The museum is housed in a collection of train carriages on a disused railway line adjacent to Villarosa station. The station itself felt like something from a science fiction movie, dated music was piped from somewhere, there was no staff but a train duly arrived to collect its one waiting passenger. 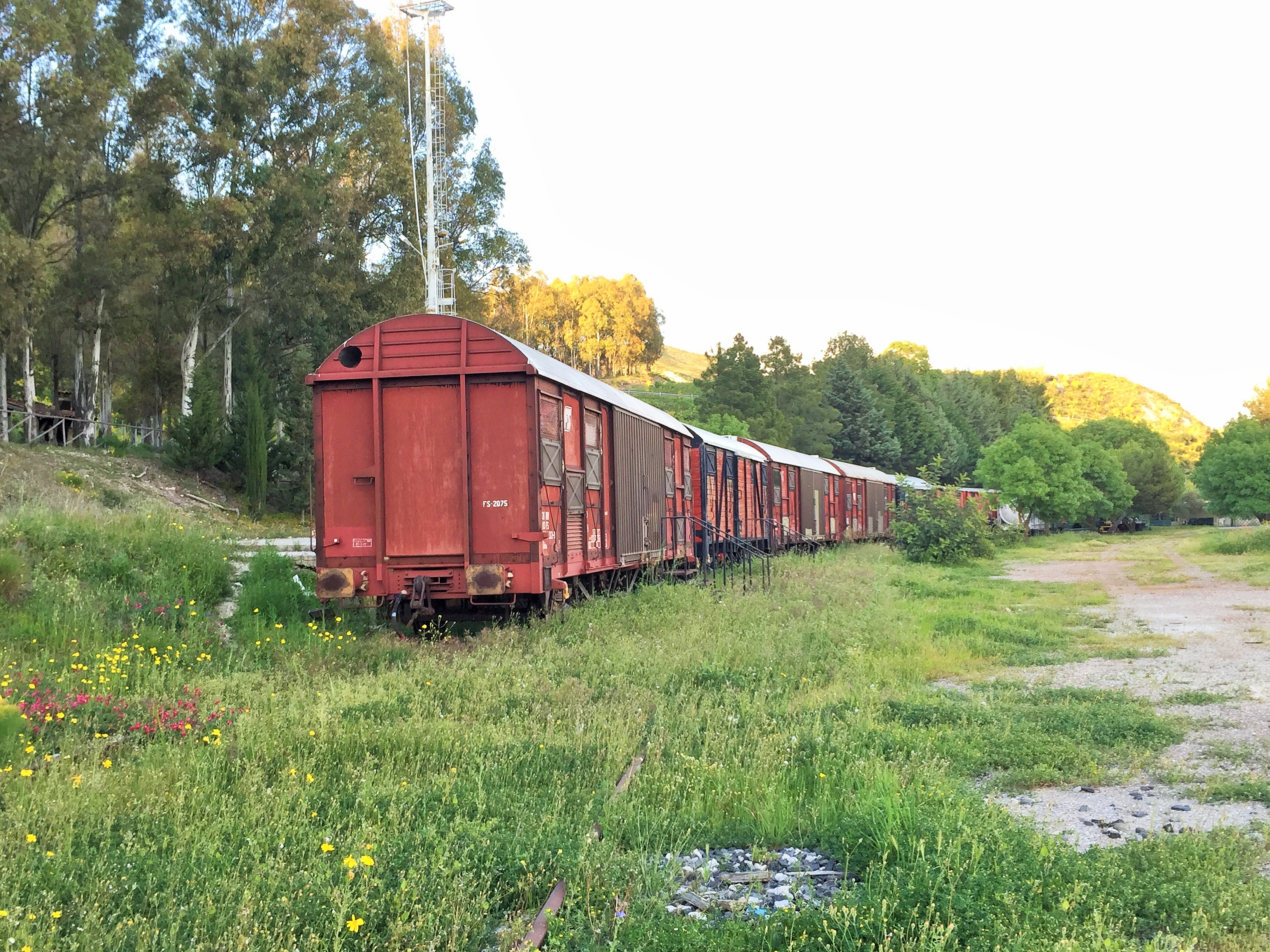 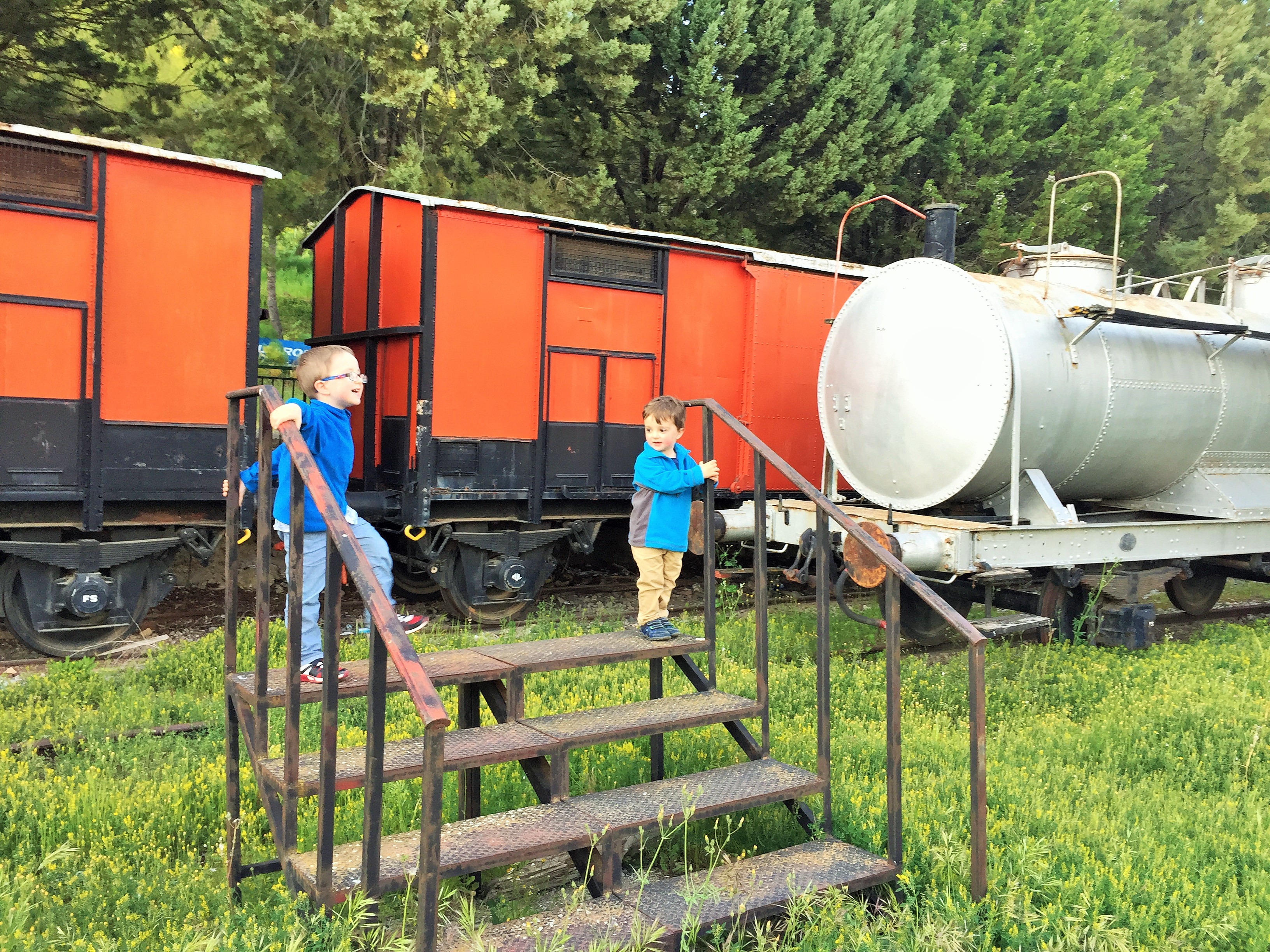 Whilst staying near Enna we went for a wander in a beautiful eucalyptus forest. Here we discovered that most delicate of flowers, the orchid. 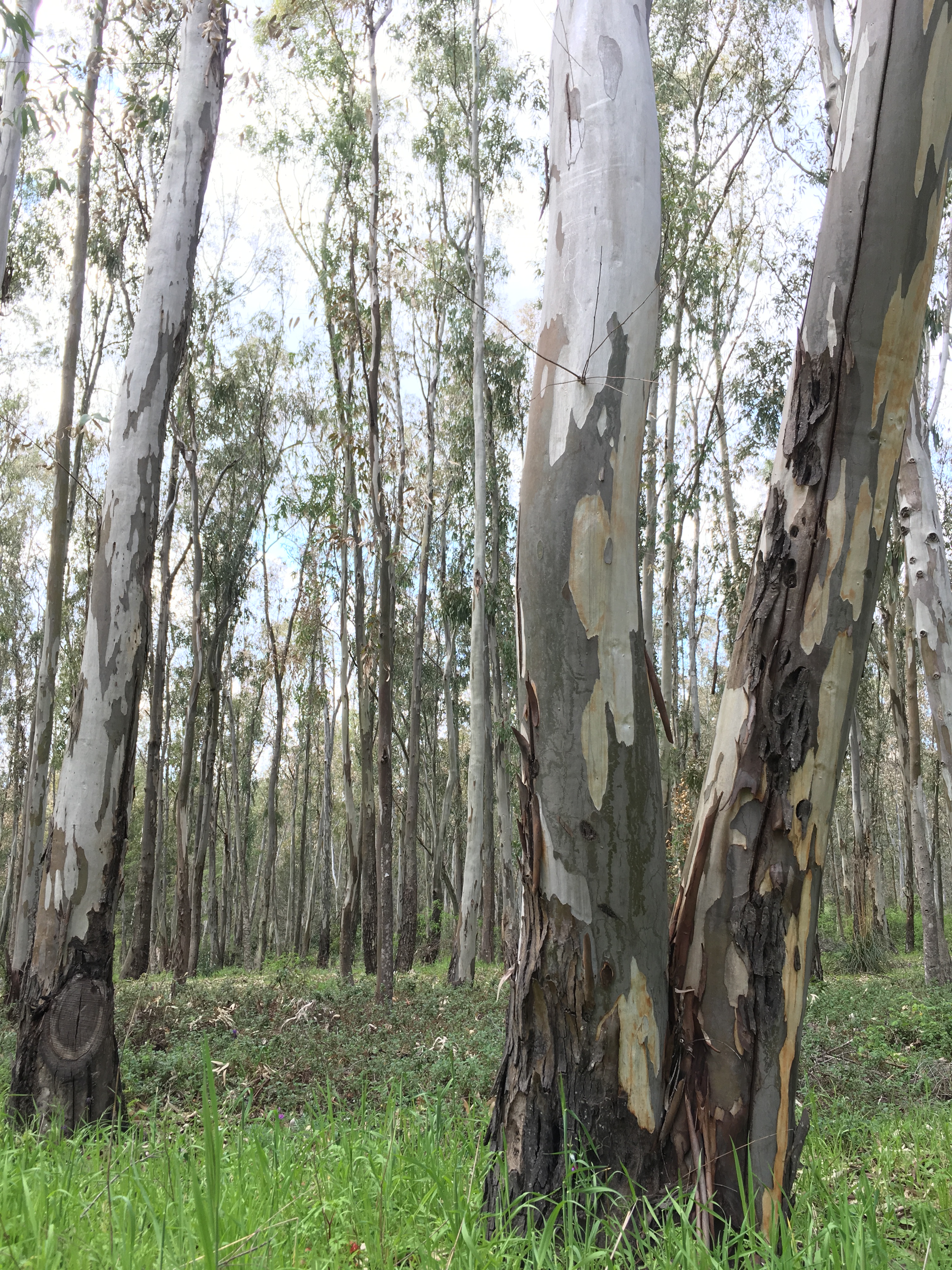 Where have you come across impressive displays of wild flowers? Let me know in the comments below.