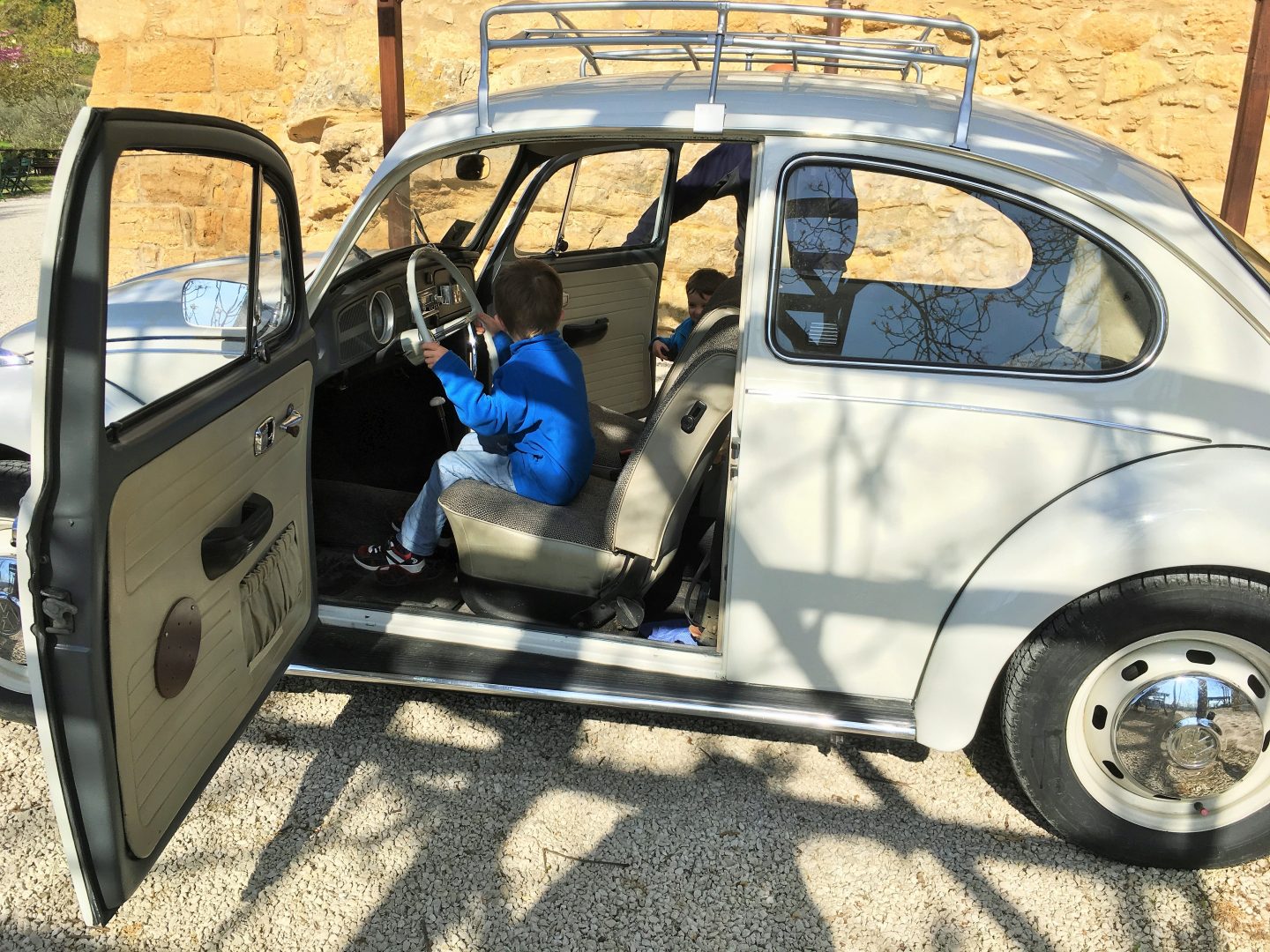 Family holiday checklist: what to bring on a road trip with kids

We are heading off on a road trip around Europe this summer so I’m in the process of getting organised and deciding what to take. I’ve put together my findings in this post. It’s useful for me to have it written down so I hope it proves useful for you too. I’d be interested to hear what you would add to a family holiday checklist, let me know in the comments below if I’ve missed off anything vital!

This might all seem rather obvious. However, when I worked as a travel agent I was contacted on more than one occasion by customers who’d discovered their passports were out of date on their day of departure. Not only is it worth checking your passport validity some months prior to your trip, it’s also worth having an electronic back up of all of your travel documents. We tried to hire a golf buggy in Rome one summer and didn’t have our passports with us. Luckily we had copies on our phones which were accepted.

Laws vary from country to country and will no doubt change from year to year so it’s worth checking with a reliable source such as the AA or RAC for the most up to date information. The AA has a country-by-country checklist which I found useful when planning our trip (France seems to have the most stringent laws). Meanwhile, the RAC sells European driving kits which include warning triangles, hi-vis vests and other essentials. There’s a special French version of the kit which includes a breathalyser kit. Here are the main things to pack when you’re taking your car to Europe:

Motorway toll tag: if you’re driving on French, Spanish or Portuguese motorways, you can purchase an electronic tag which debits your bank account, meaning you don’t need to pay at the toll booth.

Motorway vignette: we were once fined for driving into Austria from Germany on a motorway without a vignette displayed in our windscreen.  It’s now possible to buy the vignettes online but they are not immediately valid so we’ll buy ours locally this summer. Austria, Bulgaria, Czech Republic, Hungary, Romania, Slovakia, Slovenia and Switzerland all require cars to display a vignette.

If we’re not flying, we pack clothes into holdalls as they squash into the car more effectively. I’ve also recently become a convert of packing cubes. These are particularly useful on a road trip if you’re just staying somewhere for one night and want to quickly grab a set of clothes for everyone: if each member of the family has their own colour coded packing cube everything can be located more efficiently (I’m not usually an efficient person).

Useful kit to keep handy in your car

It’s easy to fill the precious space in your car with unnecessary clutter but there are various items to add to a family holiday checklist which will make for a more pleasant journey. There are also various things which are essential to have close to hand rather than buried at the bottom of a suitcase. This is rather a long list, and no doubt I’ll struggle to have all of these things “to hand” but I guess some things will be more useful on certain days than others.

Entertaining children on a road trip

I’m a bit old fashioned. I’ve managed for the last eight years to avoid entertaining the kids with screens in the car. This year will be a real test as we have a couple of days of long drives. We’re taking tablets just in case but I’m hoping a mixture of audio books and favourite playlists along with traditional car games and interesting things to look at out of the window will see us through. I’ll report back in September on that one…

Other useful items to add to a family holiday checklist

If you’re packing for a flight rather than a road trip, the website Flying with a Baby is a brilliant resource. The section on tips for flying with a baby is particularly helpful.

And if you’re travelling within the UK, don’t set off without my bumper guide on where to stop just off the motorway with kids.

Looking for route ideas from England to Italy? I’ve written an article all about the various ways of driving to Italy from the UK. 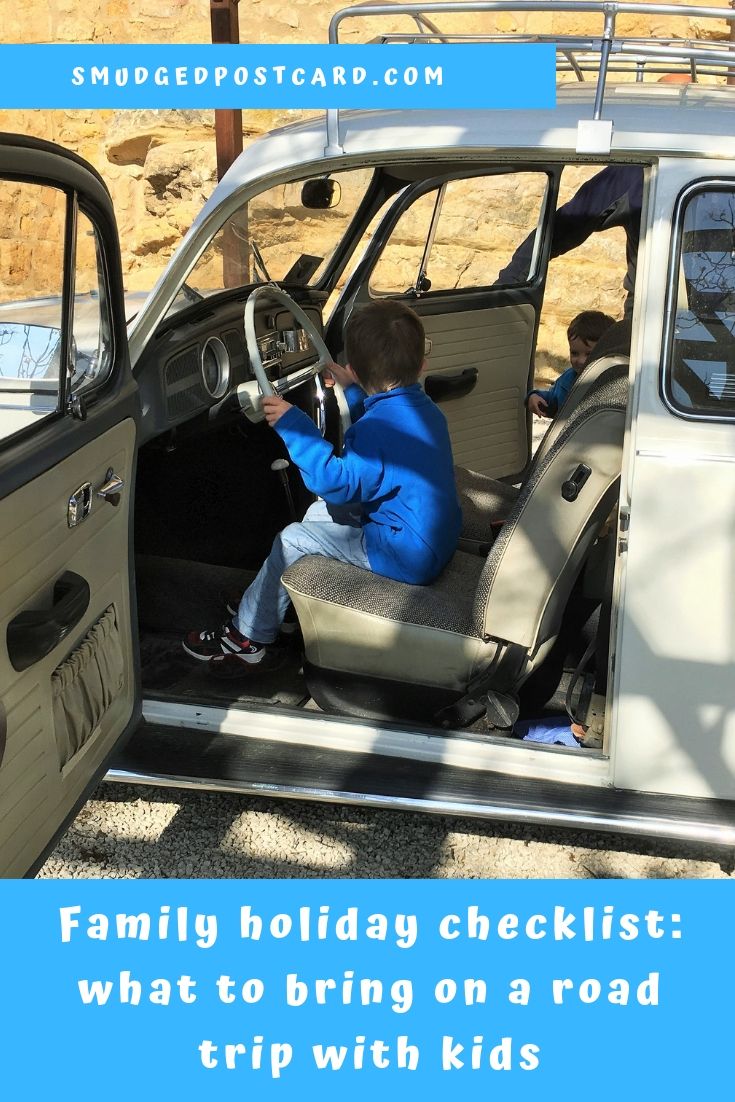 What do you have on your family holiday checklist?
Let me know what you would add to a family road trip packing list in the comments below.

Travelling across the UK? Make sure you read my guide on where to stop just off the motorway. It includes picnic spots, playgrounds, nature reserves, pubs and much more: add this to your family holiday checklist!