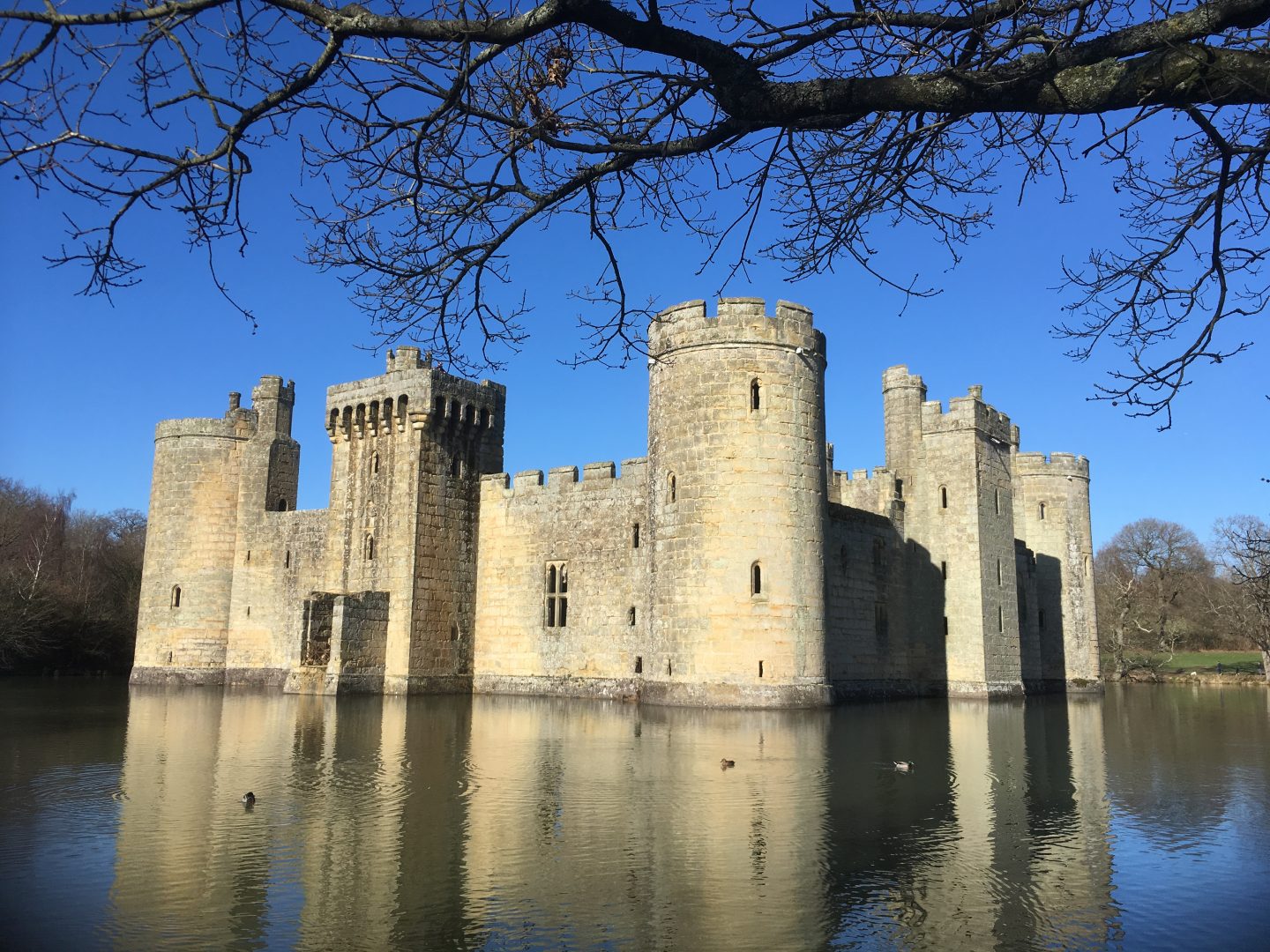 Of all the castles I’ve visited in the UK, I’d say Bodiam Castle in East Sussex, set amid the idyllic countryside, is one of the most evocative. Encircled by a wide moat, Bodiam Castle has towers to climb, tunnels to explore and an imposing gatehouse. Everything my 6 year old son has learnt at school about knights and fortresses, can be brought to life at Bodiam Castle. Even the journey to the castle is thrilling: the Kent and East Sussex Railway operates steam trains from Tenterden to Bodiam; as approaches go, it takes some beating. Kent and East Sussex Railway: our transport to Bodiam Castle in East Sussex 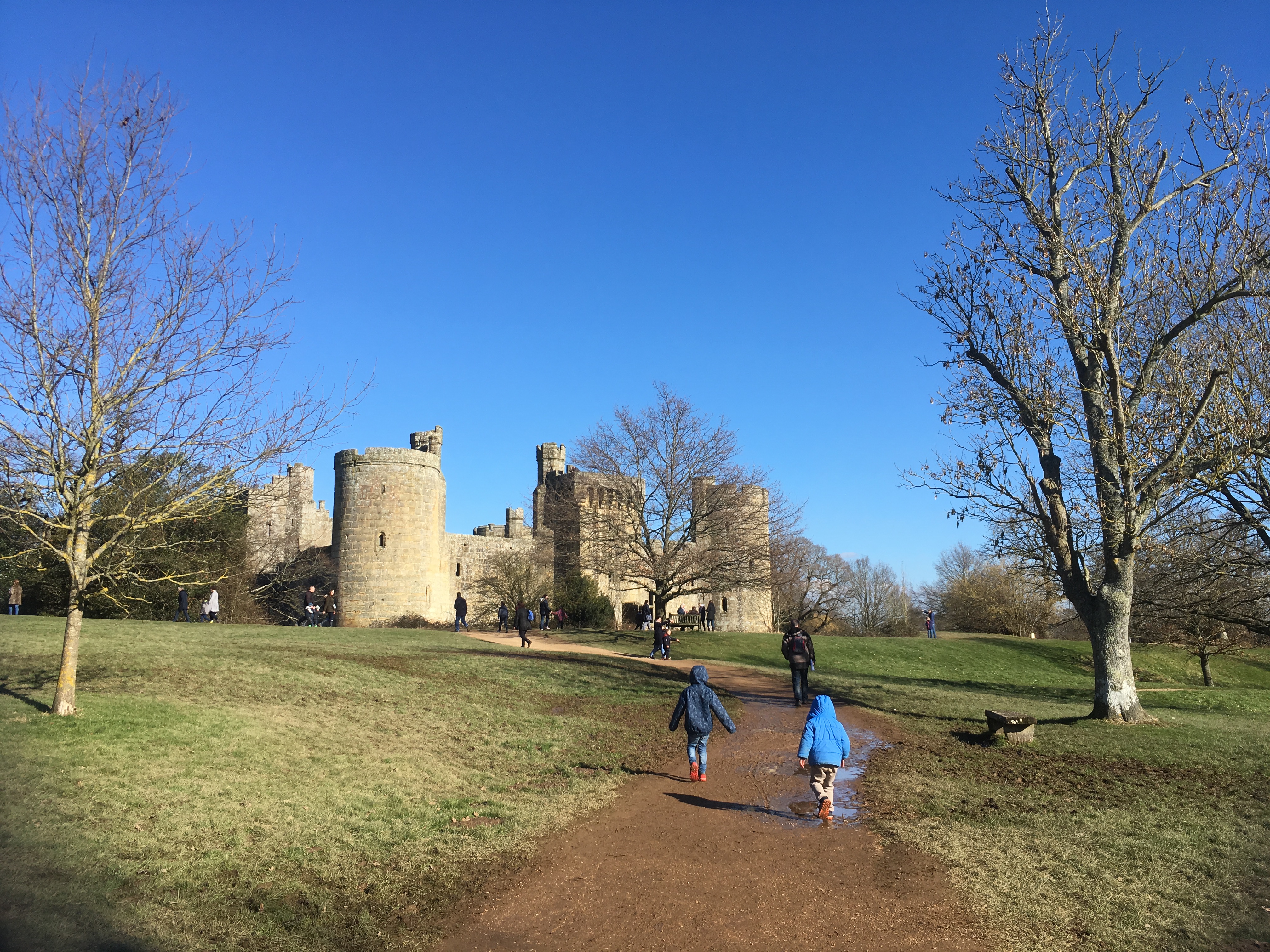 Exploring the grounds of Bodiam Castle

Built in 1385 by wealthy mercenary Sir Edward Dallingridge, Bodiam Castle was part status symbol, part defensive fortress. There were peasant revolts and French invasions to contend with in south east England so any self-respecting knight had quite a responsibility to keep his family and guests safe. 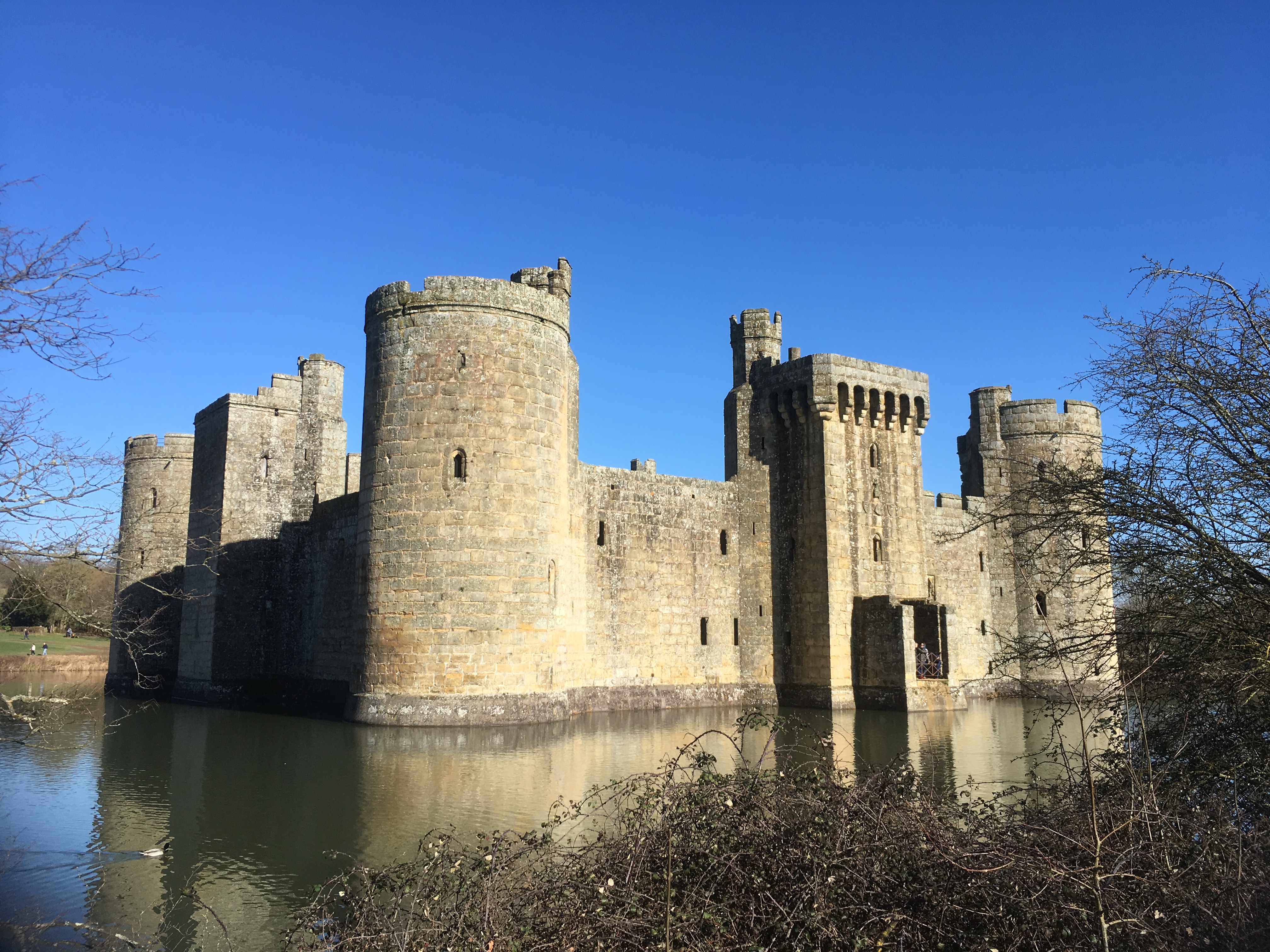 There are two towers to climb at Bodiam, each reached via a spiral staircase and each offering serene views over the surrounding High Weald landscape: gently rolling hills, rivers, farms and oasthouses.

We noticed the beginnings of a new French invasion: crisscrossing a nearby hillside is a series of vines planted by the Moet and Chandon Champagne house. If you’ve ever fantasised about opening up a luxury hotel, now might be the time to work on your business plan. No doubt in ten years time when more land is filled with vines, there will be luxury wine retreats popping up all over the place catering to visiting oenophiles.

One of the highlights of Bodiam Castle is the original portcullis which guards the entrance, a rare and remarkably intact example from the medieval period. Combined with the “murder holes” (where something unpleasant like hot ash would be deposited on the enemy through the ceiling) it makes Bodiam’s gatehouse a thing of wonder to a small child.

Look out! The 600 year old portcullis at Bodiam Castle

The gatehouse at Bodiam Castle

Although much of the interior of the castle is ruined, it’s easy to imagine life at medieval Bodiam. We wandered along the galleries where minstrels would once have entertained guests in the Great Hall below. In the kitchen we discovered huge fireplaces where bread would have been baked and feasts prepared. Storage rooms, now perfect hiding places for excited children, were once filled with wine and beer.

There was a trail of posters to discover in the castle and the grounds explaining which jobs children might have done during medieval times. My boys were suitably horrified to read about “gong scourers”, small children who were responsible for scrubbing blockages from the narrow chutes which carried waste from the toilets into the moat.  I might remind my children of this next time they complain about the “job” of tidying up their bedrooms.

My children are currently the perfect size for this job… The Kent and East Sussex Railway near Bodiam

Visiting Bodiam Castle in East Sussex
If you’re not National Trust members, it’s £10.80 per adult and £5.40 per child to enter the castle or you could just wander around the grounds for the £3 car park charge. There is a small discount if you combine rail and castle.

From Bodiam train station, it’s a short walk up to the entrance of Bodiam Castle where the car park, shop and cafe are located. The toilets are also located there (none at the castle itself). From the entrance, it’s a further 10 minutes’ walk to the castle.

On my father’s recommendation, we stocked up on chocolate brownies at The Chocolate Shop in Tenterden before taking the train to Bodiam. The brownies are excellent.

Have you visited any castles in the UK with your children? Which are your favourites? Let me know in the comments below.

Our other National Trust outings include Snowshill Manor in the Cotswolds and Wimpole Estate near Cambridge.