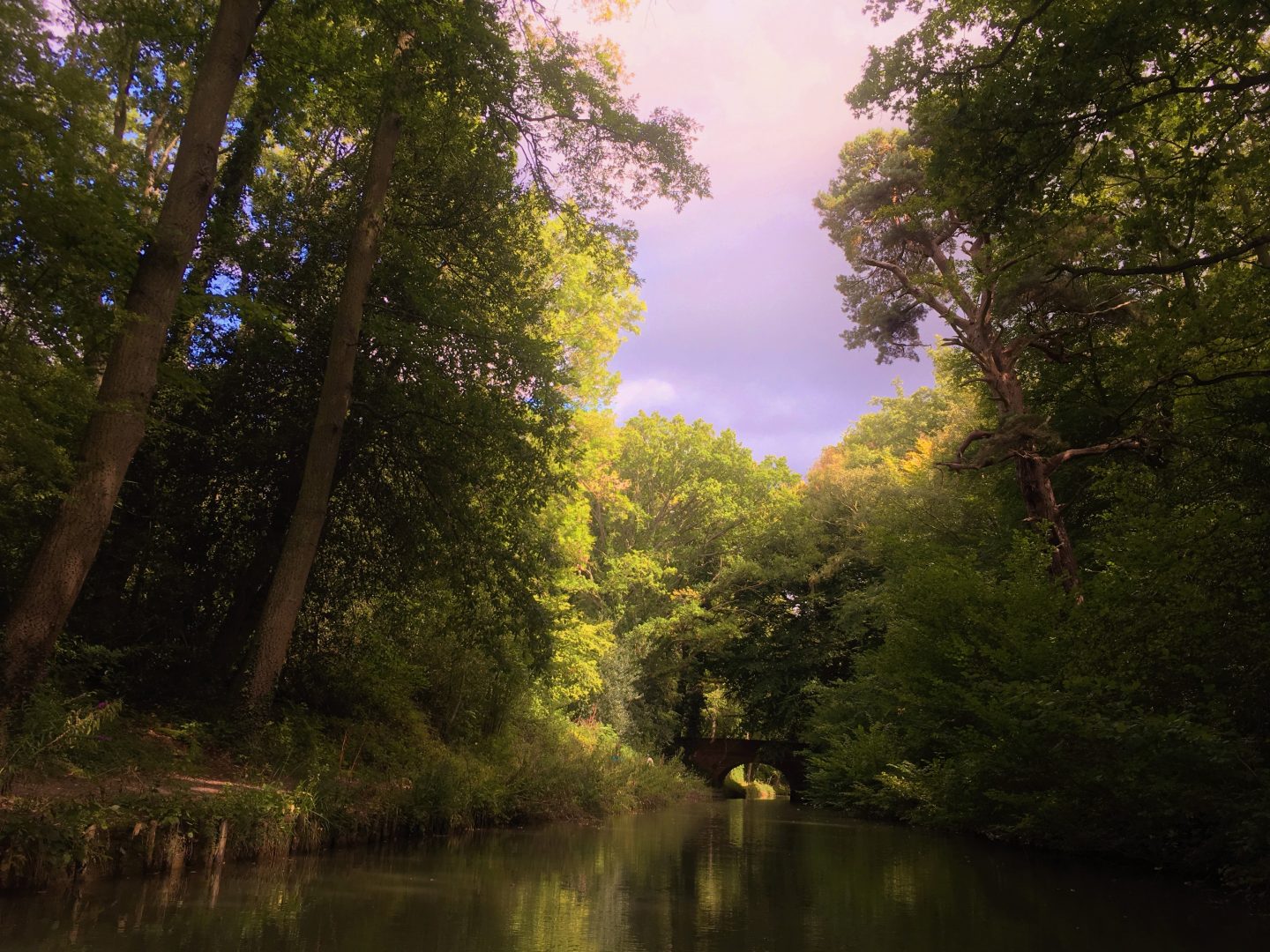 Being stuck in a confined space with your family, in a waterway named after the town of Basingstoke, with a mediocre weather forecast isn’t everyone’s idea of a good day out. Nevertheless, my extended family agreed to my suggestion of hiring a day boat on the Basingstoke Canal to celebrate my mum’s birthday. Despite a mishap with our rudder and a crayfish net, I couldn’t recommend this enforced family time more highly. So, if you’re looking for ideas on Basingstoke Canal boat hire and day trips on this lovely waterway, read on.

We hired our narrow boat, Juniper, from Galleon Marine in the Hampshire village of Odiham near Basingstoke. From tea bags to toilet paper, the boat was really well equipped with everything you might need for a day messing about on the canal. There was even an umbrella holder on the tiller to shelter the captain should the weather become inclement.

In these days of rushing around by plane, train, car or even on foot, trying to cram as much into a day as possible, there’s something quite liberating about being forced to travel at a speed no faster than a moderate walking pace. On a narrow boat, you have the opportunity to really concentrate on your surroundings: the intense shades of green, the contrast of the trees against the sky and that magical fleeting glimpse of a kingfisher as it darts across the water.

The children (aged 6, 4 and 3) seemed just as captivated by the experience as the adults which was lucky as I hadn’t thought to bring anything more diverting than a pirate hat for my 3 year old. 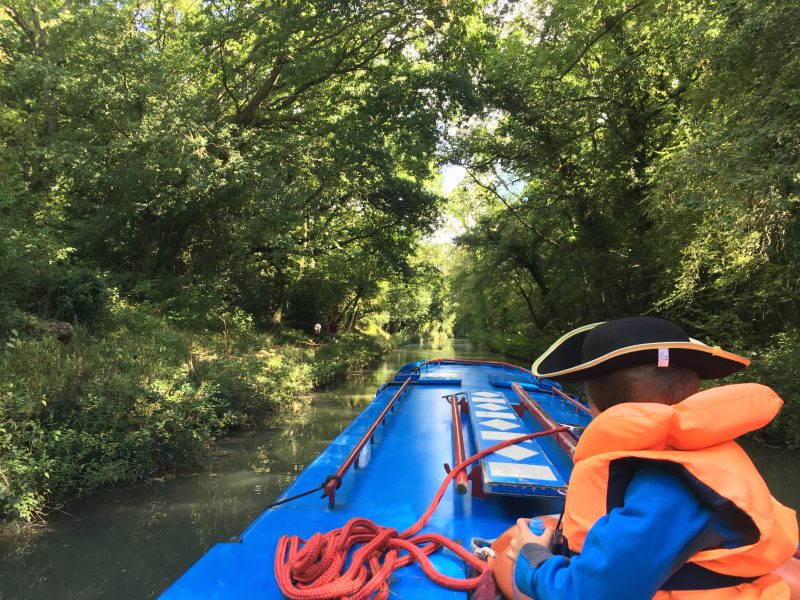 We paid for 5 hours of boat hire which allowed us time to travel as far as the Barley Mow bridge near the village of Dogmersfield (a whopping 3 miles), have a picnic and then return back to base. If you only have 3 hours to spare, in the other direction is the ruin of 13th century King John’s Castle (also known as Odiham castle), the perfect place for children to channel their inner warrior.

Steering a narrow boat along a canal is pretty straight forward once you’ve had a quick lesson; your maximum speed should be no more than 4mph. There are no breaks, instead you put the boat into reverse. A canal is generally much narrower and shallower than a river, if you fall in you simply stand up rather than try to swim.

The Basingstoke Canal is a popular waterway for all manner of boats.

Canals were built to transport goods during the Industrial Revolution and the narrow boats were drawn by horse prior to motorised transport hence the “towpath”. The Basingstoke Canal was completed in 1794 and carried timber and coal to London, the canal is linked to the River Thames via the River Wey.

Today, there is a network of some 2,200 miles of canals and rivers in the UK so if you have plenty of time (think months) you could feasibly travel by boat from Basingstoke in the south of England to Kendal in the north. If you only have a few days or a week to spare, the Telegraph has some good suggestions for this slower paced style of holidaying.

If you’re after a wet weather attraction near to Odiham and the Basingstoke Canal, I can highly recommend a trip to Milestone’s Museum in Basingstoke.
Driving in the UK? Check out my post about the best family-friendly places to stop just off the motorway, including picnic spots, country parks and castles. 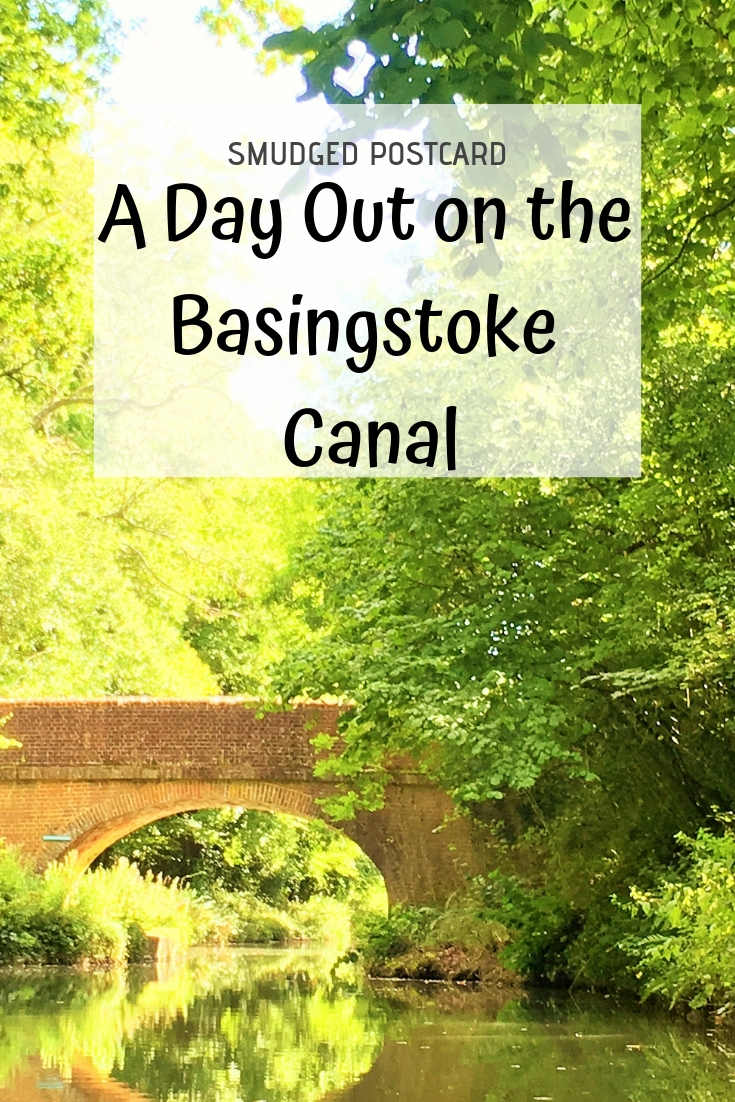 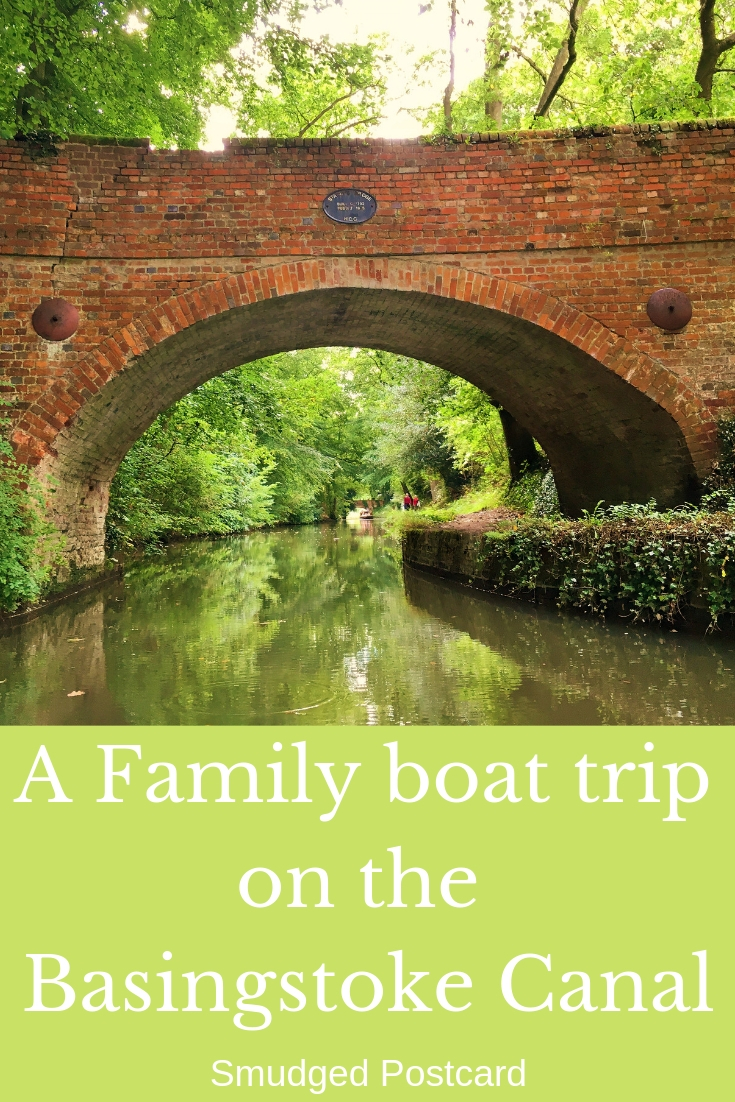