Families in the UK and particularly in London are fortunate: our national museums are free to visit (with the option of making a donation). If you have energetic children with short attention spans, you can drop in, see something specific and then make a swift exit without worrying that you’ve wasted your money or that you haven’t soaked up enough culture. 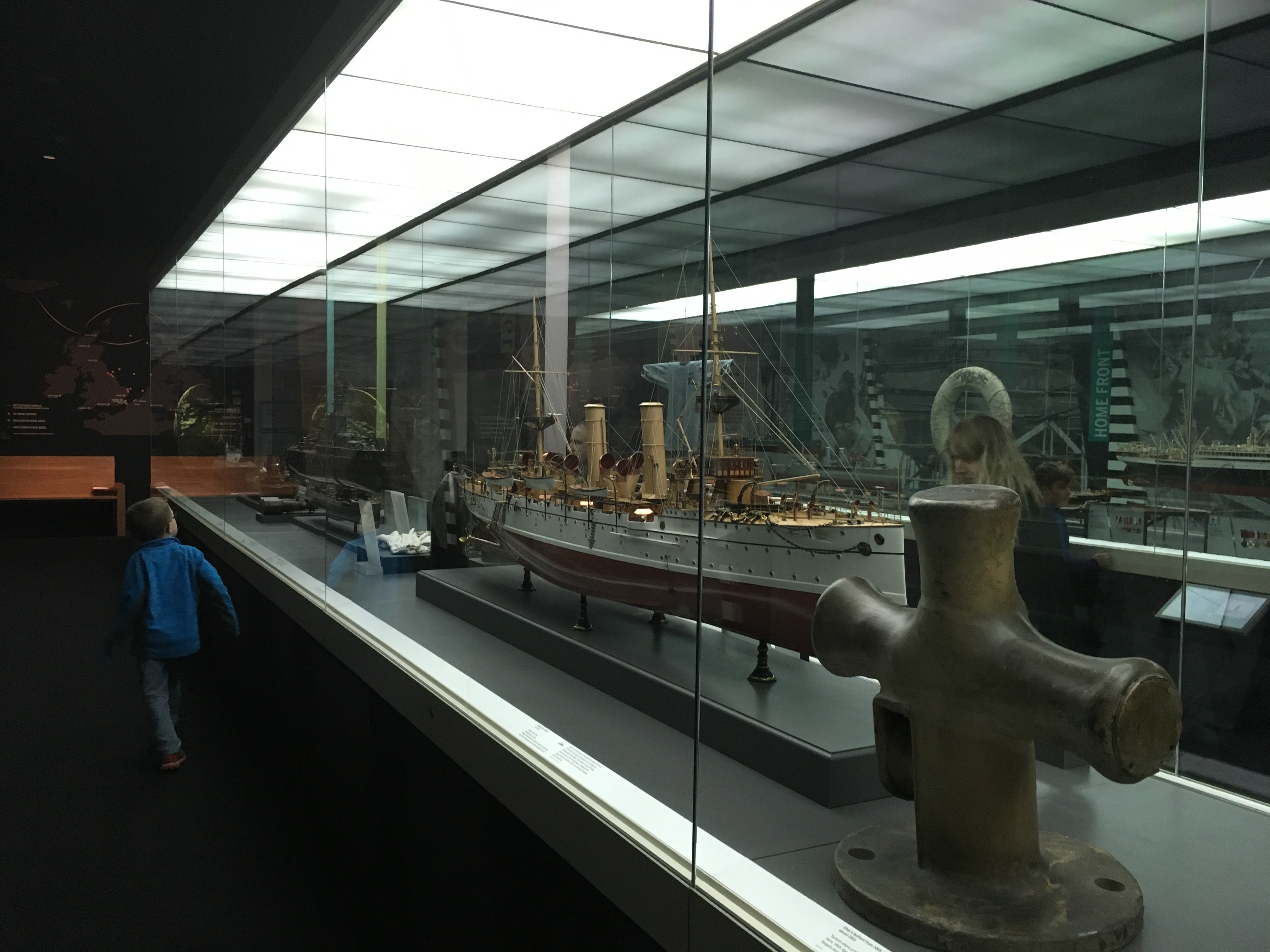 Exploring the National Maritime Museum in Greenwich with kids

On our visit to the National Maritime Museum, with our three year old at his exuberant best, we knew time might be short so we opted to join one of the excellent child-friendly Character Encounters.

We joined John Simmonds, a black sailor who served with Nelson at the Battle of Trafalgar in 1805. He was played by a talented actor who engaged brilliantly with the children and took us on a very animated trip through British naval history touching on slavery, life aboard ship and the brutal reality of war at sea. I would highly recommend taking one of these tours, which run on Saturdays and last about 45 minutes.

The tour commenced at the Sammy Ofer Wing which is where I recommend families enter the museum as you will avoid coming across the Ahoy! Children’s Gallery which is next to the Stanhope entrance (once your children have discovered this play area you’ll find it hard to extract them).

After pointing out Nelson’s Ship in a Bottle, a replica of HMS Victory, John Simmonds took us up to the Nelson, Navy, Nation gallery where the children unfurled semaphore flags and took part in a recreation of the Battle of Trafalgar by dropping to the floor to avoid getting blown to pieces by cannon fire from the French and Spanish.

We saw the fatal bullet hole in Nelson’s naval uniform and the boys even got to see the metal spoon, complete with teeth marks, which Nelson bit on while doctors fought in vain to save his life.

Exploring the All Hands Children’s Gallery

After much singing and shouting (I’m impressed that the museum has such a spirited tour), we concluded our exploration close to the All Hands Children’s Gallery where kids can dress up as sailors, practice morse code and operate a crane lifting cargo onto a ship. If your child is going through a phase of not wanting to share, you might wish to avoid the crane, there were several disgruntled toddlers while we were there, including our own. The gallery is aimed at children aged six to twelve but most of the children were younger than that when we visited.

Operating a crane at the All Hands Children’s Gallery

Once we’d exhausted the All Hands gallery we headed for the Great Map which is a suitably large, open space for children to expend a bit of energy while parents refuel at the adjoining cafe, good planning on the part of the museum. 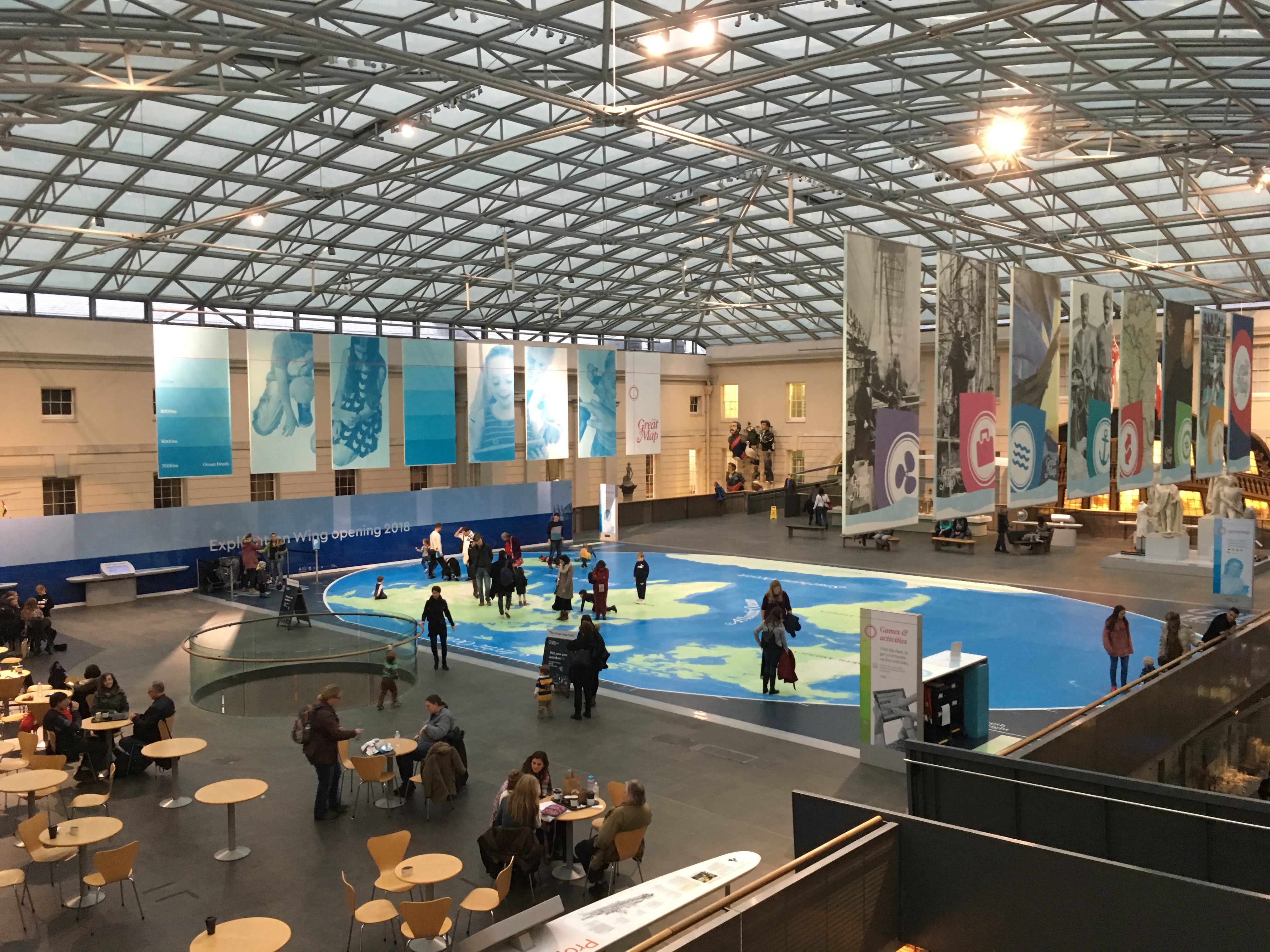 The Great Map and cafe

Finally we took the children to Ahoy! Children’s Gallery which is located next to the Stanhope entrance. Aimed at children aged up to seven years, Ahoy! is a child-heaven and parent-hell kind of place. 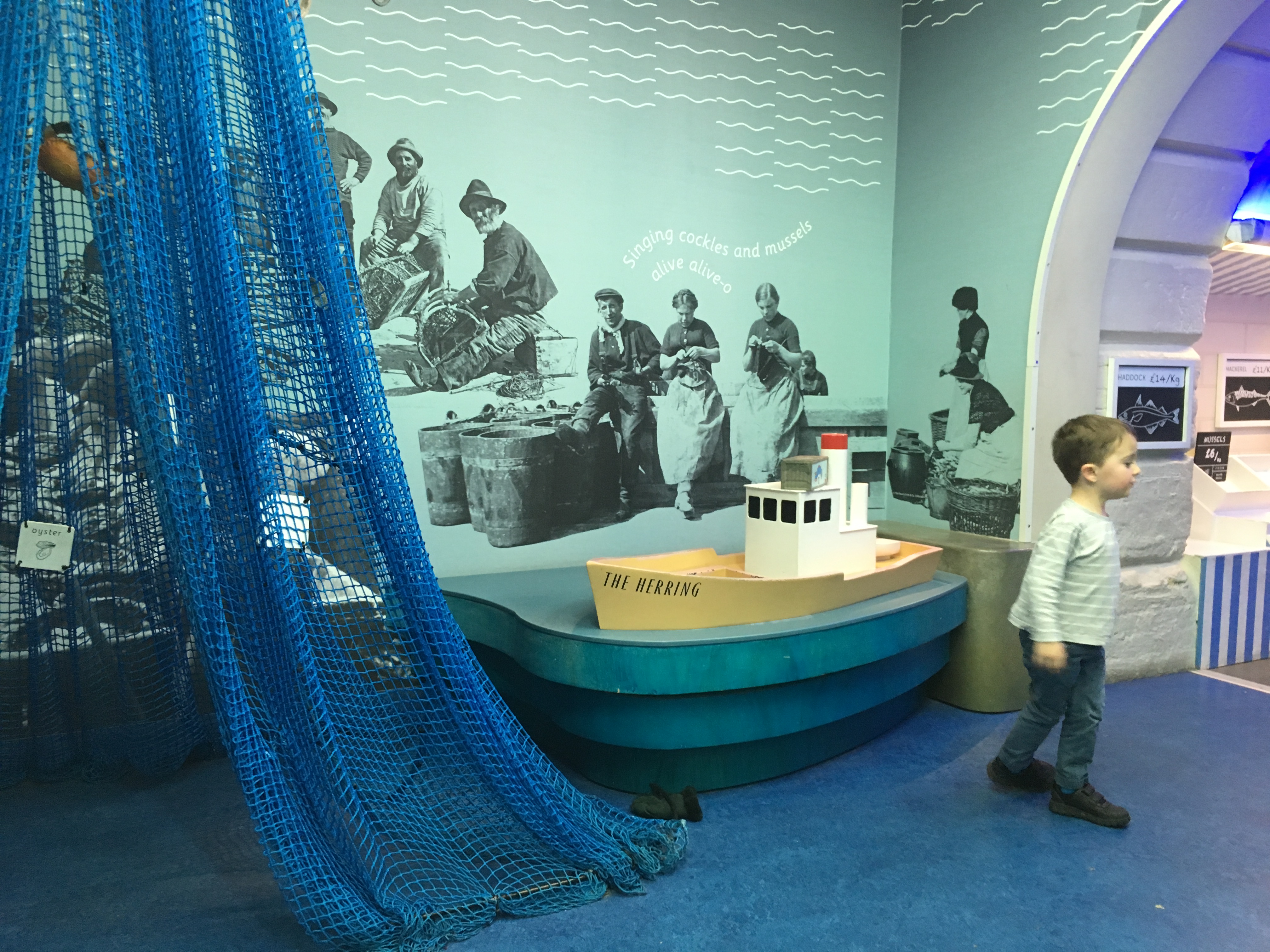 There’s certainly a laudable amount of education to it: boats to be fixed, a fish shop to man and a replica of the SS Rawalpindi to captain, but ultimately it felt claustrophobic and intense on our visit. The ceilings are low and there’s no natural light. If you live close by I’d imagine it’s a great soft play location to bring children on a rainy day, provided you arrive early. By the time we reached Ahoy! it was around 4pm, the gallery was a bit of a mess and some children were showing signs of needing to go home (or perhaps that was just me). 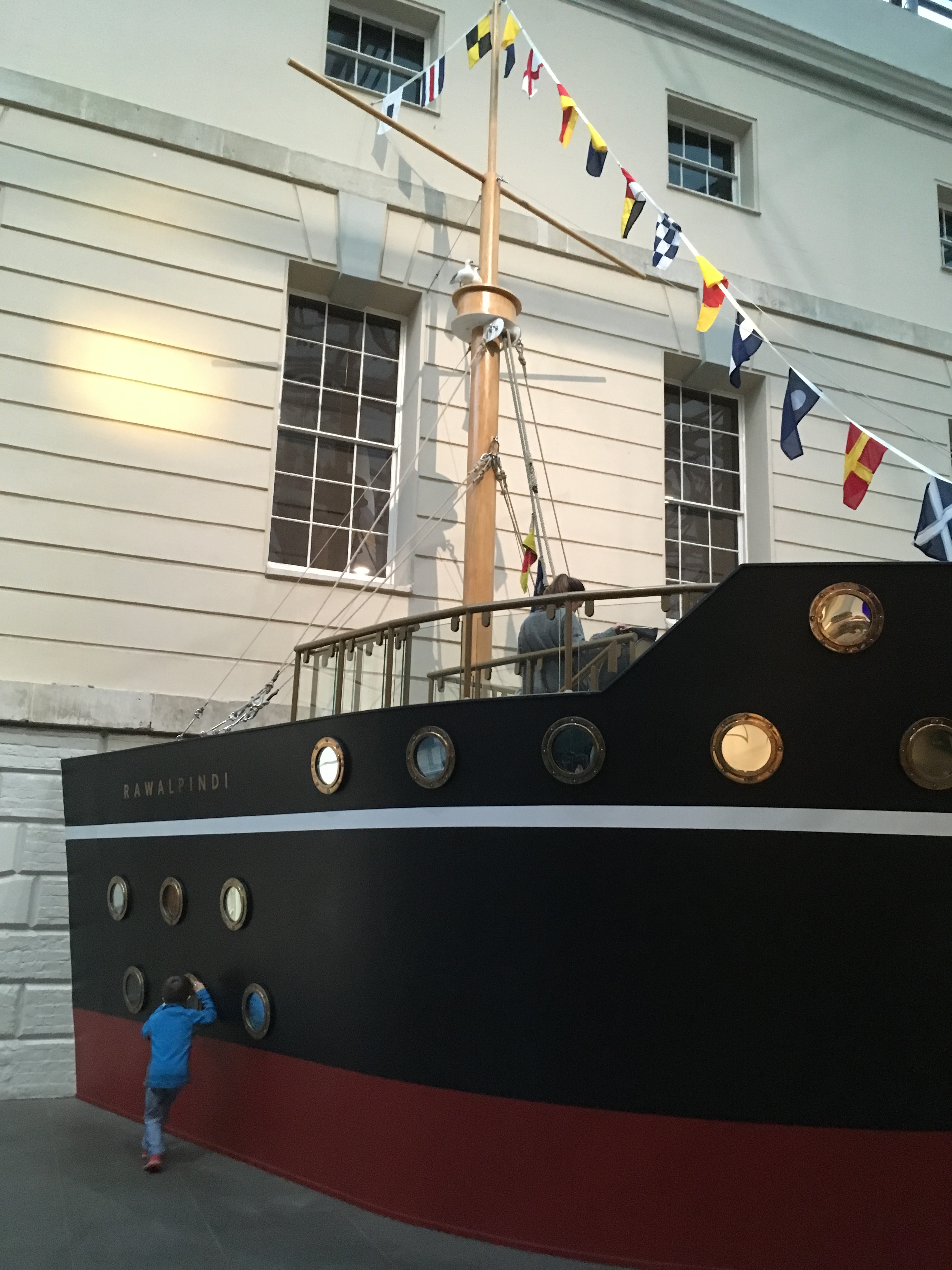 Overall I was incredibly impressed by the National Maritime Museum and I’m sure we’ll return to explore it further, there are numerous themes with which to explore the museum such as art and trade and you can take other Character Encounter tours. Clearly a lot of thought has been put into making it a great family experience. However, my kids are desperate to visit the Cutty Sark so I expect that’s where we’ll head to on our next visit to Greenwich with kids.

Please note, while the National Maritime Museum is free, some of the other royal museums at Greenwich such as the Cutty Sark are chargeable.

Have you been to the National Maritime Museum at Greenwich with kids? If so, what were the highlights for you? Let me know in the comments below.